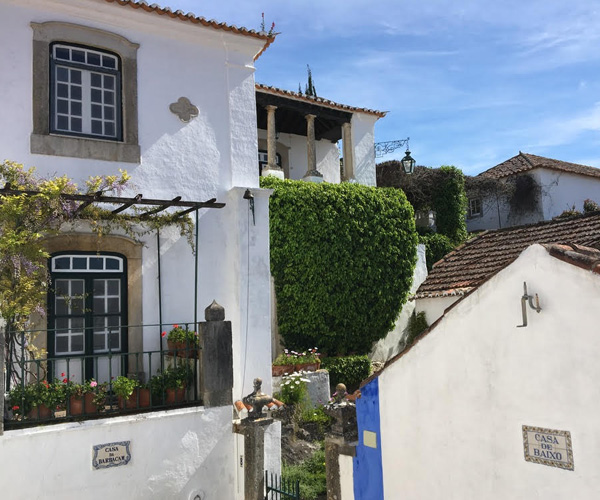 The International Music Courses Association – Casa da Barbacam – (ACIM), was founded in 1996 as a non-profit association based in Óbidos.

Its long term objective is to create a nucleus of artistic-cultural activities of international standard in Portugal. Special emphasis is put on the continuity and the quality of its initiatives, underlining the importance of the international input in the vocational training of young musicians.

At a local level, ACIM plays an important role both in the cultural and the touristic development of the Western Region of Portugal. Among various cultural activities ACIM has promoted since 1996 the International Piano Masterclasses and Festival of Óbidos (SIPO – Semana Internacional de Piano de Óbidos).

In 2005, the Óbidos municipality unanimously decided to award ACIM with the Medal of Municipal Merit for conducting SIPO, for its high cultural value and for the impact this event has had on the image and development of that municipality.

The major purpose of SIPO is to bring together musicians of international reputation and young music students in the unique historical scenery of the medieval town of Óbidos, Portugal.

Therefore, SIPO is today one of the most highly regarded musical events in our country, with ample international repercussions.

The high standard master classes are open to professional level students, music teachers as well as pianists at the beginning of their career. A high pedagogical and artistic level is ensured thanks to the commitment of great personalities from the world of music.

By promoting an exceptional and demanding artistic and cultural exchange, SIPO aims at establishing contacts and developing the professional level of participants. SIPO also enables Portuguese students to have professional contact with highly regarded musicians, without having to leave their own country.

SIPO is promoted and organised by ACIM, supported by the Municipality of Óbidos, the Portuguese Ministry of Culture.

Since its beginning and without interruption, SIPO has been the meeting point for young students from around the world with great musicians and teachers in Óbidos. The goal of these meetings is to perfection the musical knowledge of all participants through stimulating and intense work with great masters. The charming environment and warm welcome of the town of Óbidos has greatly contributed to the success of this event.

For twelve days, piano music completely fills the medieval borough of Óbidos: both through the master classes, which take place during the day in numerous places, as well as through the evening concerts that are part of the Festival, which attract a music-loving and enthusiastic audience. Throughout its years of activity, SIPO has managed to create a new audience made up of all kinds of age and social groups in a region otherwise poor of cultural events of this nature.

Due to its pedagogical structure, this event is considered unique in Portugal: a group of internationally acclaimed pianists, potentially supported by an assisting teacher, make up the pedagogic nucleus throughout the SIPO event.

During the entire duration of the courses, this nucleus is dedicated to teaching all participants. The latter are allowed to attend all courses and to work with more than one teacher. This philosophy enables each student to profit as much as possible from diverse teaching methods of each master-teacher they can observe.

To ensure a greater and more effective learning experience, the participants work in a rotating system since their number is limited to forty. Due to their pedagogic quality and diversity, these meetings have also largely contributed to the professional development of young Portuguese musicians who participate in ever growing numbers.

At the end of the courses the participants obtain a participation diploma, which is of particular importance for their curriculum.

In 2004, the “Prémio Maria de Lurdes Avellar” was awarded for the first time in the history of SIPO. This is an award established by the Avellar family, residing in Óbidos.

This award is a tribute to the memory of D. Maria de Lurdes Avellar and has been created to stimulate the work of young musicians. It is given to outstanding students by the audience and master class teachers during the participant’s concerts.

Since 2011, the Antena 2 Award is given by RDP/Antena 2, a national music radio station, in the form of a live recorded concert, integrated in their series “Concertos abertos”, in Lisbon.

Along with the courses, a Music Festival with a number of renowned high quality concerts and recitals takes place.

All teachers (internationally acclaimed artists invited specifically for the Festival) and selected master class students participate in these concerts.

This initiative has greatly contributed to the cultural dynamism of the Western Region as well as to the national and international recognition of Óbidos.

The Festival’s programme, encompassing several centuries of music, with emphasis on Portuguese composers and interpreters, invites the audience to share unforgettable moments of music.

To date, SIPO has had the pleasure of welcoming the following renowned musicians:

Since 2000, ACIM has regularly organised fine art exhibits at the Pavilhão da Casa da Barbacam. This initiative is integrated into SIPO with the goal of spreading the work of less renowned artists in Portugal

By combining the creative and communication side of music with fine arts, ACIM has had an obvious role in the cultural dynamism of the town of Óbidos.