Born in Moscow, Boris Berman studied at Moscow Tchaikovsky Conservatory with the distinguished pianist Lev Oborin and graduated with distinction as both pianist and harpsichordist. He performed extensively throughout the Soviet Union as a recitalist and appeared as guest soloist with numerous orchestras, including the Moscow Philharmonic and the Moscow Chamber orchestras.

In 1973, Boris Berman left a flourishing career in the Soviet Union to immigrate to Israel. He quickly established himself as one of the most sought- after keyboard performers, as well as one of this country’s more influential musical personalities. Presently, he resides in USA.

Mr. Berman is an active performer of chamber music. He had appeared in numerous concerts and festivals with such artists and groups as Misha Maisky, Heinz Holliger, Aurele Nicolet, Shlomo Mintz, Gyorgy Pauk, Ralph Kirshbaum, Frans Helmerson, Natalia Gutman, Tokyo Quartet, Vermeer Quartet, The Netherland Wind Ensemble and many others.

A dedicated teacher of international stature, Boris Berman has served on the faculties of the world’s finest schools, such as Indiana (Bloomington), Boston, Brandeis and Tel-Aviv universities. Currently, he heads the Piano Department at Yale School of Music . He also conducts master classes throughout the world. He has been the Founding Director of the Yale Summer Piano Institute (1990-92) and of the International Summer Piano Institute in Hong Kong (1995-97).

Mr Berman’s ability to recognize and commitment to nurture young talents are obvious reasons for him being invited to join panels of jurors of various national and international competitions, such as those in Leeds, Dublin and the Artur Rubinstein Competition Tel-Aviv.

In In 2000, the prestigious Yale University Press has published Boris Berman’s “Notes from the Pianist’s Bench”. In this book, Professor Berman draws on his vast experience as a performer and a teacher to explore issues of piano technique and music interpretation. The book has been translated to several languages. Mr. Berman is often invited to give lectures on these subjects in various universities and conferences around the world.

In the field of recordings, Mr. Berman’s acclaimed releases on Philips, Deutsche Gramophon and Melodia labels have been complemented with 2 CDs of all piano sonatas by Alexander Scriabin for the Music and Arts label and a recital of Shostakovich piano works (Ottavo recordings), which received the Edison Classic Award in Holland, the Dutch equivalent of the Grammy. The recording of three Prokofiev Concertos with the Royal Concertgebouw Orchestra, Neeme Jarvi conducting (Chandos) marked the beginning of an ambitious project of recording the complete Prokofiev solo piano works. The first pianist ever to undertake this task, Mr Berman has released it on nine Chandos CDs to great critical acclaim. In addition, Chandos has issued Mr. Berman’s recitals of works by Debussy, Stravinsky, and Schnittke, as well as chamber music of Janacek, and – together with Orchestre de la Suisse Romande under Neeme Jarvi – Concerto by Stravinsky.

Berman’s most recent discography shows the breadth of his repertoire: a disc “Debussy for Children” (Ottavo); two releases of works for prepared piano by John Cage (Naxos), which was named the Top Recording by the BBC Music Magazine; the Grammy-nominated Piano Quintets of Shostakovich and Schnittke with Vermeer Quartet (Naxos); and, quite unexpectedly, a recording of Scott Joplin’s Ragtimes (Ottavo). In the recently issued Naxos collection of complete Sequenzas by Luciano Berio, Berman plays Sequenza IV for piano. (Recordings)

In 2006-2007, Mr. Berman appears with orchestras, as well as in festivals and recitals, in the USA, Japan, China, Israel, Australia, Russia, Italy, Poland, England, Portugal, Spain, Germany, and Holland. (Touring)

When did you first start playing the piano?
I am the first musician in my family. My mother wanted me to take piano lessons just for a general education and enjoyment. My studies progressed well and at the age of 11 I enrolled at the famous Gnessins school. From then on, it became clear that I was training to become a professional pianist.

What advice do you have for a young pianist on concert day?
I would suggest not to over-practice, to do more of mental practising, meditating and studying the score. A midday nap is very important to me.

Who are your favourite composers and who most do you like to play?
I enjoy playing music of many different styles, from Baroque to more contemporary. I have always tried to resist attempts to put me in a convenient “pigeon hole” of a specific repertoire. Over the years my preferences have shifted somewhat. These days I particularly enjoy playing the Viennese masters Haydn, Mozart, Schubert, Brahms, as well as the works of Debussy. 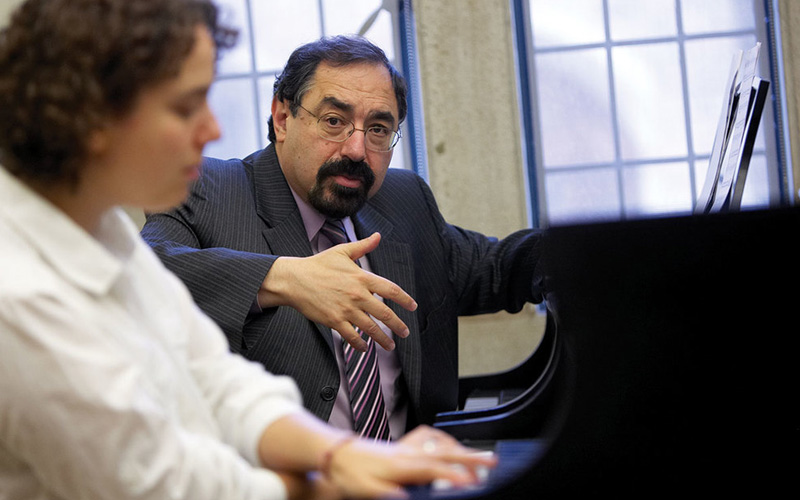 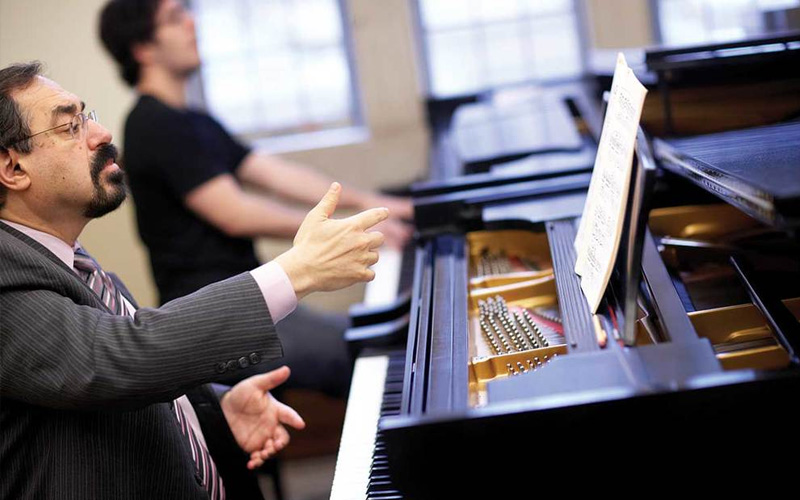 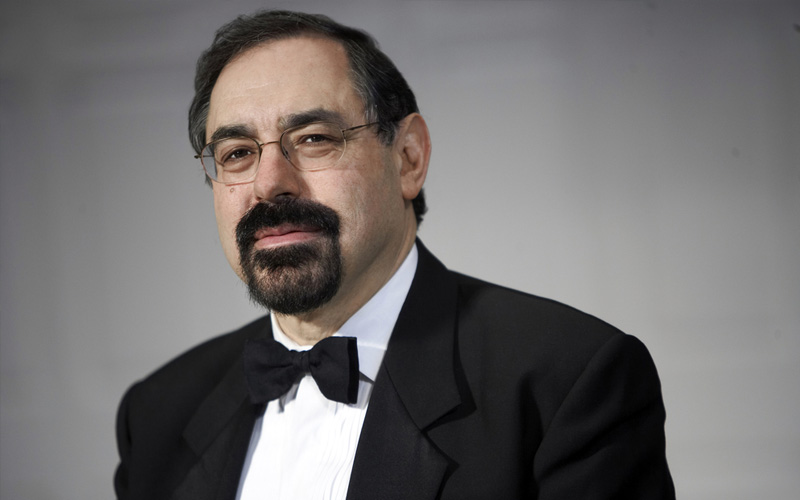 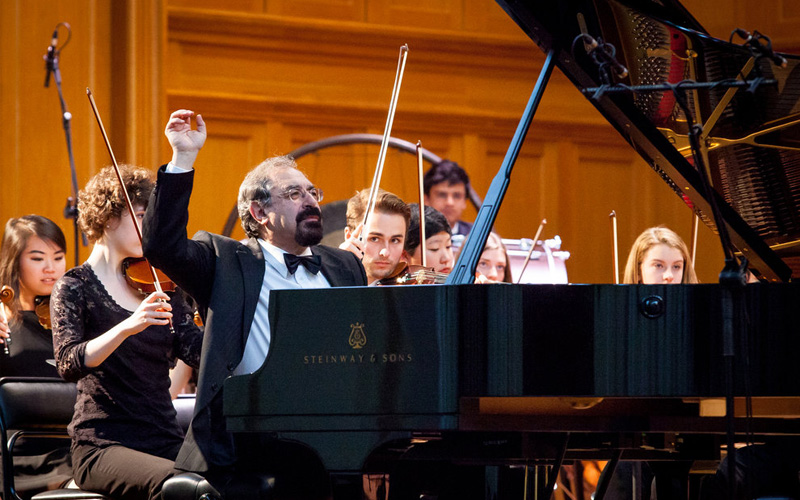 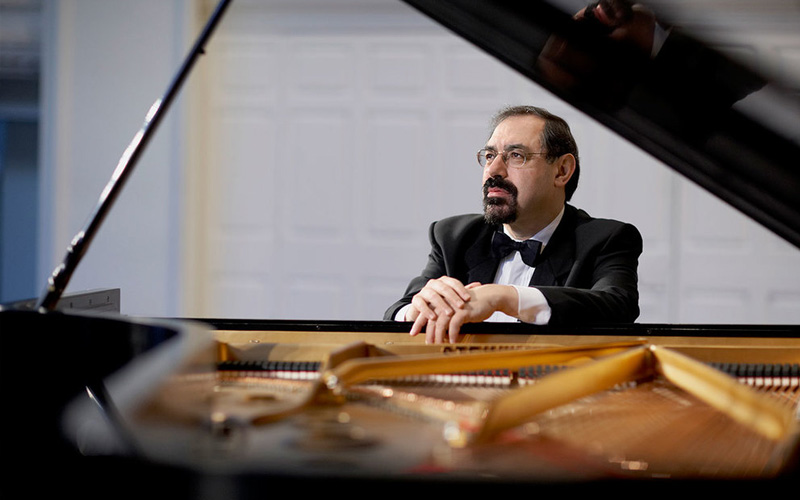 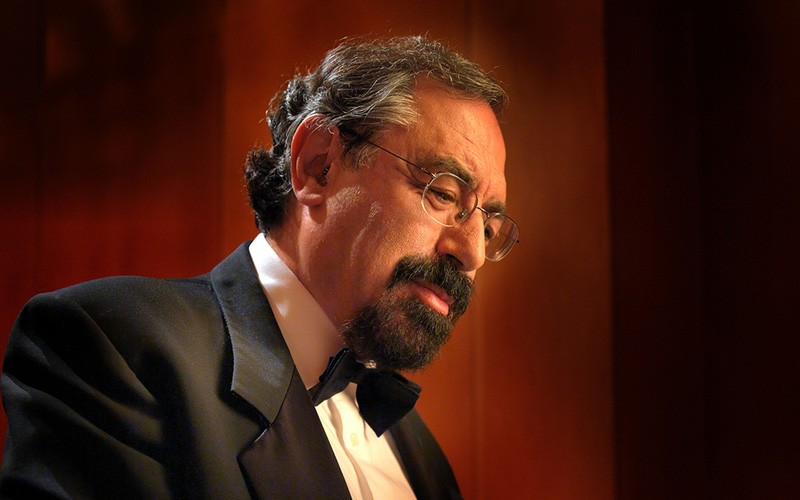